Skip to content
Is social media for Doctors a waste of time?

Is social media for Doctors a waste of time?

If you’re a Doctor, a Surgeon, a Physio, or an Osteo in Private Practice, perhaps you've had those same thoughts.

Maybe you've dabbled in it a bit, but you're not really getting going with it. And frankly, you “just don't get it”, or you're not seeing return on your time and effort.

Let’s talk about the common social media time wasters and mistakes that I see Clinicians making, and if you are making these mistakes, most importantly, what you can do about it.

You don't really know who your social media audience is, or which platforms they are on.

So, you end up making generic content and it accidentally ends up being for your peers. That's a problem, because your peers, generally speaking, aren't going to refer to you. Most importantly, it's not going to be the kind of content that patients, the people you want to attract, are going to like or even want.

You need to spend a little bit of time thinking about who your patients are and the likely social media platforms they're going to be on.

For example, if you're a cardiologist working in the city of London, your patients might be on LinkedIn. But if you're a paediatrician who works with babies who've got poor sleep, their Mums or Fathers are likely to be on channels such as Instagram (because of their likely age group). So have a little look around, look at what your competitors are doing, and go and hang out in those places too. And be useful!

Let's say you're a podiatrist or an osteo or a physio who likes to look after runners. Trying to be helpful, your construct a giant “smorgasbord” of a post around running injuries that doesn't go very deep.

Instead, what you want to do is really niche it down. Make that particular post about IT band problems that's going to stop the runner from potentially getting to the start of the marathon.

Pick a niched topic. Record a really good vlog, turn it into a blog, put it on your website and send it out to your email list. Then shout about it on social.

You’re just not consistent in posting, and I get totally it – I’ve been there too.

If you’re not posting your social media posts as part of a bigger content marketing strategy, you’re going to find it pretty difficult to keep coming up with fresh social media content.

Let’s use the idea of marathoner runners’ problems that commonly stop them getting to the start of the marathon (e.g. stress fractures).

There's no call to action in the social post.

This the kind of post where you ramble on about something, you post, you ghost, and you don't hang around to engage with the audience afterwards.

There's a sweet spot of one hour, the golden hour, after you've posted that post on social media when the algorithm will really help you if you're engaging with people during that time. So, make sure you're posting at a time when you can be around to reply to those comments and make useful suggestions.

Not using storytelling enough in your posts.

Patients want to hear stuff that resonates with them. “Gosh, that person was a marathoner and they'd failed to get to the London Marathon start twice because of an IT band problem. They’re just like me.” I want to book in to see you. Make sure you use storytelling to envelop how you can help patients, and patients can see the success in coming to see you.

and the final mistake:

The most common mistake I see Clinicians making with their social media is that they're simply not measuring what's working.

If you're randomly posting stuff out there on social media and you think it's doing okay because there's a few likes, a few comments, how can you actually be sure if it's really worth your time? Are those people actually going to your website?

Thankfully, many of these social media platforms have built-in analytics, for example, insights in Instagram and in Facebook Creator Studio.

The ultimate way to measure your social media impact is to use what we call UTM codes. This is a way of tagging your social media post that is linking to a blog or page on your website. So, if you're creating a campaign all around the IT band problem and you're making social media posts, you can look to see which ones are the most effective by putting a little bit of a code in a link that's within that social media post. You can track it all easily and accurately in your Google Analytics account.

If you want to learn more about these kinds of easily implementable strategies that you can use to grow your Private Practice, why not consider joining the Private Practice Ninja Academy? 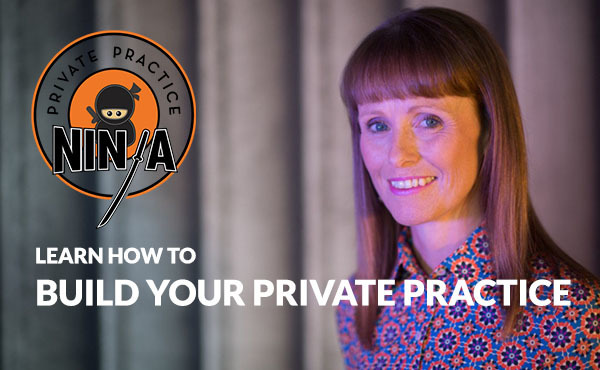